Are we becoming too analytical?

You cannot go a day it seems without reading yet another article on why students need to learn data analysis skills. We are drowning in "big data."  The top corporations (e.g,. Google) are making many of their key decisions based on data. The amount of data we are generating continues to grow exponentially and the Internet of Things (IOT) will only make this worse (or better?). I'm all for a broader set of people learning about computer science and adopting "computational thinking" (as CMU's Jeanette Wing has so nicely proselytized) so that people can deal with this data deluge and use the information inherent in the data deluge more effectively.

But, sometimes I think maybe we are becoming too analytical and relying too much on this style of thinking. A case in point. Google announced last month that it was shutting down both the Google Health and Google PowerMeter projects. I found this announcement disappointing as both of these projects address problems in what I believe are two of the three most important areas for our society and the world to address (the other important area is education.)

Inability to Scale
Google said in their blog entry announcing the closures that they were ending these projects because of their "inability to scale" (i.e., they didn't get enough users). The announcement did not go into detail as to why these services did not take off. I believe the analytical nature of their user interface design and the assumptions about how people will want to analyze their own data are a key reason for the failure of these products. I'll discuss this issue in more detail below, but let me start off with some of the more conventional reasons people might cite for the failure of these products.

Conventional Reasons for Failure of PowerMeter & Health
1) For instance, PowerMeter may have failed because there simply are not enough homes with Smart Meters. These meters can automatically send the required data to Google about a home's minute to minute power usage. People are not going to enter this information manually, nor are they going to plug all of their appliances into special plugs that collect this data on an appliance by appliance basis. Nor are innovative devices like ElectriSense, which disaggregates appliance electricity usage using only a single home sensor, yet widely available. ElectriSense was invented by my dub colleague Shwetak Patel and bought by Belkin for a soon to be launched product. When combined with a good user interface design this device can let people understand how their day to day behaviors are impacting their power usage and thus have impact on behavior change. So in the case of Google PowerMeter, the lack of installed infrastructure is a clear problem, but even the type of infrastructure they were relying on (overall electricity use) is the wrong type of data to elicit behavior change. 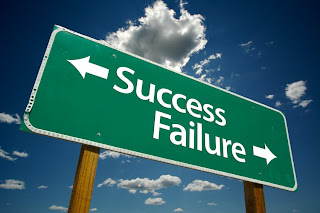 2) Google Health may also have infrastructure issues. Google Health is in some ways a personal, electronic health record (PHR or EHR) and there are a number of other companies also trying to make headway in this space (e.g., Microsoft). There are great incentives to succeed in this space due to federal legislation as well as the fact that current paper-based health records systems are fairly expensive, error prone, and unhelpful in supporting individuals in improving their own health. Some say that one major reason Google Health did not take off was the lack of interoperability with the systems used by doctors, hospitals, and other data sources. This may also be true, but I'm again wondering how users saw any value in these systems that really didn't help the end-users understand their own behaviors and see how it impacted their own health (products like fitbit are taking off because they allow people to make this link). What can we learn from these product failures so that we can succeed in the future?

Product Failure Due to Over Reliance on Self Data Analysis
But the biggest reason I believe these two products have not taken off is their reliance on the belief that simply giving people their data and letting them analyze it is the way to improve behavior (both for health and for the environment). The user interfaces for both products have an analytical take on information design -- for instance they focus on showing people graphs of their data.

Moon Shots or Designing for People

I visited Google a couple of years ago and showed them the work we had been doing at UW for several years on activity-based computing, in particular the UbiFit and UbiGreen projects. I was excited to meet the leader of the Google PowerMeter project, Ed Lu, who is a former NASA Astronaut. In hiring Ed it seemed as if Google was saying that this would be a very ambitious undertaking, ala going to the moon. As I spoke with members of the Google team, I was surprised at the lack of knowledge of behavior change theories from psychology as well as much of the user interface design work that had been done by researchers in this space over the past ten years (a great survey paper on the design of eco-feedback technology was written by Jon Froehlich, a student working with me at UW).

Are Googlers Representative Users?
I was concerned about the viability of Google PowerMeter as soon as I saw the display (see above). I was told that the Google PowerMeter interface had been tested with over 1000 people and that the reaction was strongly positive. The beta users were finding large quantities of energy they were wasting and making changes in their homes and behaviors.

Who were these beta users I asked? "Google employees" was the response. When I commented that Google employees were not very representative of everyday people as 1) they are some of the most educated people around and 2) they are often very analytical and good at solving puzzles (a common Google screening tactic in their hiring process), these points were swatted aside.

Although giving people graphs of their health data and power use has value, they are insufficient to empower people to understand their daily behaviors and possibly change for the better. We've seen this time and time again in our own research with projects like UbiFit (led by Sunny Consolvo at UW and Intel), in the research of BJ Fogg on persuasive user interfaces, and in recent work by graduate student Jon Froehlich on eco-feedback displays for water usage.

One of the first things we teach in introductory human-computer interaction (HCI) is that "you are not your user" and "beware designer ego bias." Google seemed to have fallen into this well-known trap in their design and testing for Google PowerMeter (and perhaps Google Health).

Is this now changing at Google with newer products? [note: I started writing this post before Google+ launched as well as the the release of a redesign of Google's mobile UIs -- both of these look like good starts in a new direction with respect to design at Google].  In the past, did Google do it differently with their more successful products, e.g., gmail?  (aside, gmail was designed by Kevin Fox, who took my intro HCI class at Berkeley). There have been some controversal resignations by designers at Google who disagreed with the analytical approach to design. Is there a better way to produce well-designed products?

I believe that to have a positive impact on product design, we as designers and engineers must find a balance. A balance between analytical approaches to design (e.g., computer science, data mining, and quantitative HCI experimentation) and more design-oriented approaches that are good at creating products that make an emotional impact on people and create a desire to own them.

Steve Jobs has implied that hiring more liberal arts majors is the key to success. I believe hiring more liberal arts majors would indeed help achieve this required balance. Though, it might be even more important to have a design culture at the top of the company, as Apple does. I am left wondering if many of Google's well publicized product failures have been due to this lack of balance in their organization. A single person making every little design decision is not the right answer, and it is doubtful this actually happens at Apple, but Google's current approach to design and decision making seems overly analytical. This analytical approach to design has clearly rubbed some designers the wrong way in the past.

Can we as a field find a better balance as we move into the future?

[disclaimer: I do not mean to pick on Google in this blog post. I know many people who work there and respect what they do. I also personally use many of their products. Some I like much better than others. I just think that Google's culture represents one extreme of how we might do design and they are a bit more open about their culture than other companies, so it is a bit easier to comment on this culture.]

Update:
Steve Denning recently published an article in his Forbes blog where he write about how Google's mission statement might be tripping them up. I'm not sure I agree or not, but he also said in that article:

"Health and energy might have been such opportunities, but Google missed them because it was focused on the producing a thing, rather than delighting the people who would use the thing. The key is to shift from a focus on producing things to a focus on understanding and delighting people."
Posted by Unknown at 9:13 AM

Yaw Anokwa said...
This comment has been removed by the author.
9:56 AM

the times had a great piece on this contrasting apple and google. with the new ui changes shipping at google, this might be turning around...

At Apple, one is the magic number.

One person is the Decider for final design choices. Not focus groups. Not data crunchers. Not committee consensus-builders. The decisions reflect the sensibility of just one person: Steven P. Jobs, the C.E.O.

By contrast, Google has followed the conventional approach, with lots of people playing a role. That group prefers to rely on experimental data, not designers, to guide its decisions.

Yaw, I link to that article at the end of the post and also note the new Google UIs seem to show maybe something is changing. They came out AFTER I started writing this about 4 weeks ago.

Google culture is changing, from what I can tell looking at it from the inside.

Ed do you think the change was because of the CEO change? How so or how not?

Ed, that is great to hear. Though I believe Google is only one example of this thinking and it has become very prominent at a number of places.

I think mint.com is an excellent example of an analytical interface that users are willing to learn because they can save money through tracking their spending habits. I think saying that "users don't want analytics" is an oversimplification of the problem.

Very interesting article. I actually stumbled on it because I too felt that Google Powermeter was just enough information to be totally frustrating and nothing else, and that Patel's Electrisense could lead to more useful analytics.

Mint is a great example of analytics done right. Even people who NEVER budget or track and are not "math" people, can relatively quickly find themselves able to check how much they spend on groceries/gas etc...